In the most rewarding journey of travel there are places in your childhood which you have seen and explored. But as they say you leave a part of yourself behind once you have seen a place and return as a totally different person each time. Uncharted territories to explore and sometimes cities too, that are so near to the eye and distance but no chance and opportunity would knock your away to pack your bags and slip away on the weekend. A city’s culture and upbringing is defined by the people and inhabitants that make this place a heartwarming and loved experience. Cleanliness, attitude, maintenance and food deploy all their heart in making a city what it has to be. Hyderabad is one such place that was on mind since a long time, and why not, it is known as the foodie paradise in India, with a plethora of options to choose from and fill your appetite. From non veg culinary to lip smacking Biryanis, where life is moving at a breakneck speed, Hyderabadis are die hard foodies that teach us to love eating and enjoy our meals.

My first visit to Hyderabad was in my 8th Std with my beloved family. I get the bug of travelling from my father who is also a die hard and wise traveller. Whenever he could and afford he took all of us to his favourite places and we have had the best memories to cherish from all these trips. So I visited Hyderabad for the very first time with my family. Ramoji Film City for the entertainment bug, Golconda Fort and Salar Jung Museum for the history buff, Paradise Biryani and Bawarchi for the die hard foodie, Hussain Sagar Lake and Lumbini Park for the lovers (only if you like PDA of course), and the kinds. Basically there is something in store for each person. Like any other city it has its share of pros and cons with traffic and dug roads, metro related constructions that block your way and head at the same time, old city fiascos and short lines etc., but no city is perfect. Overall Hyderabad is a clean and decent city to settle down and look forward to a healthy lifestyle. People respect and adore food here.

We were ahoy for our journey on the long weekend of May. Three friends Mani, Neha and me took off to Hyderabad in the wee hours of dawn, singing, chirping, hoping for the best night drive, music to ears and Ilahi feeling in our hearts. Favourite songs and the speedy drive at nerve wrecking speed gave us the adrenaline push. Well, when Mani drives it has to be fast and furious but safe at the same time. We slept a while till dawn poured in all the light, and then as we managed to briskly move out of Karnataka, sunshine shone bright and gay. We took a small break for the nature’s call and got going again.  As we entered Kurnool I tasted podi idli and Andhra Rasam for our breakfast meal for the very first time. The orange podi that is prepared with a tint of gun powder got Mani and me coughing. It was spicy and hot. With a huge dollop of ghee it seemed trendy and tasty. We wanted to have more but waited at that since our intestines also had to be saved for other meals. Hyderabad – we reached the foodie paradise in the afternoon and spend the first day relaxing. It was  a trailer for what the coming days would hold. It started with a handsome filling of Chicken Biryani, Papdam and Chicken Kadala Curry made from the expertise hands of Vasavi. I met my friends Sreejith and Vasavi and spend time with my lady little love discovery, Aria. I got a glimpse of Flora in her. A round headed, beautiful black eyed little damsel, with strong hands and expressive face. Love the way she observed things. The night ended with an unlimited barbeque and dance. Specialty was the Fish Seekh Kebab. Mostly I avoid fish due to the smell but this was exemplary, and I mean it. We visited a place called Absolut Barbeque at Banjara Hills.

Next day was Golconda day. As I bid adieu to Vasavi and Sreejith thanking them for their hospitality and letting me mingle with the cute angel, Aria, Maggi, a very loyal doggie circled around and started playing. She wanted me to say good bye to her as well. I guess she loved me too, because she never raised her barks upon me and even played along. We again had Chicken Biryani for Lunch but at a different place this time. 4 Seasons near Kukatpally, decent taste and amazing food. Mani, Neha and me met at this point and went to Golconda. Golconda is a citadel fort in Hyderabad. It was built by the Kakatiya dynasty and since then has been witness to history and culture of Hyderabad. It has really stood the test of time. Being famous for diamonds including the Kohinoor it has its own share of wars and struggles. Golconda was a wealth maker for Hyderabad due to the surrounding diamond mines in the hills of Golconda. It was ruled by the Qutub Shahis, the Nizams, and then the Mughal Empire, a prominent king that has acclaim here would be Aurangzeb. Shivaji, the great also had a peaceful alliance with Hyderabad during 1677. Such is the history and architecture of this fort that you can hear echos from all corners, therefore, when the fort was in its full glory, whispers from anywhere in the fort could reach the king – is a tale told by the locals. Golconda Fort is well maintained and a good trekking option nearby to Hyderabad. The outside areas are bustling with market hawkers and vendors and girls have to occasionally bear the stares that come with wearing modern clothes – one of the cons in the old city.

We proceeded to Charminar and got stuck in a tiny street, more like an alley, that had no escape for 20 whole minutes, the lane was too small to accommodate two way traffic and we ended up losing confidence. This is when I got the gist of helpful and concerned nature. People stopped honking and helped us get out, as we were stuck at one point of time guiding us about turns and speed to maintain. No one panicked, they were addressing the issue. I have seen Charminar before but this time I was disappointed, it seemed like a thermocol building with four pillars that had been placed in the middle of the market with fairy lights. People had no sense of traffic and what they were doing, it felt as if they were walking helter skelter and not running. Charminar is certainly only a one time watch, nothing great about it. Ramoji Film City was the option next day, but since this was a second visit and I had seen the whole of it during my childhood, it did not seem worth to waste the whole day watching film sets. Evening was foodie time again and this time a local bakery. We checked into Ibis and spend the night and morning lazing, taking pleasure of the hotel services. Breakfast was served in a typical continental and Hyderabadi nature. Authentic Andhra Cuisine with Ghonghuru and Podi, and the usual English items and fresh fruits. We checked out quite late and headed straightaway to Salar Jung Museum. It is one of the three national museums in India that has world famous artifacts, paintings, metal wares, arms and ammunition, cutlery, show pieces and the properties from the national treasury of the Nizam that are preserved really well. A one time visit here is a needed affair. You could also head to Sudha Car Museum if you get bored early. Two hours at Paradise were not to miss after a museum affair as we had butterflies in our stomach. All that was there on the pallet and the best was gulped down slowly and steadily. Biryani, a must of course with Chicken Tikka, Falooda, Aromatic Chilly Fish, and Soups and Masala Papad, my fav. I loved the Chicken Tikka, soft, lucid and lip smacking chicken that melted in my mouth. The staff was the most polite that I have ever seen and it certainly lived up to its name. Bucket list check done! 🙂

Hyderabad has been good to me. Also because of the company. Loved my time. Friends, Food, Fun – a perfect weekend getaway, the new city is modern and decent. Food is galore over here and people are status oriented yet helpful and kind. Traffic scenarios are the usuals in most cities, but people maintained lane decorum and lot a of civil aspirants!!

To a next trip soon – filled with adventure and wanderlust. 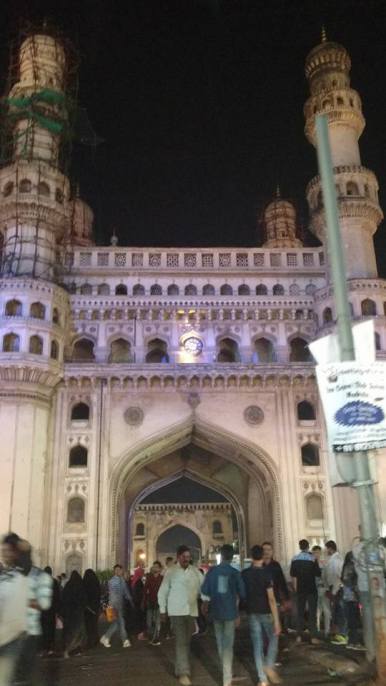 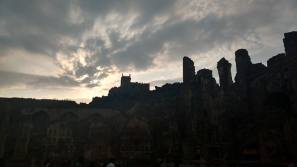 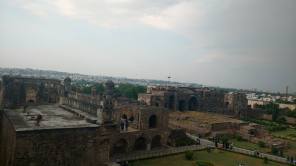